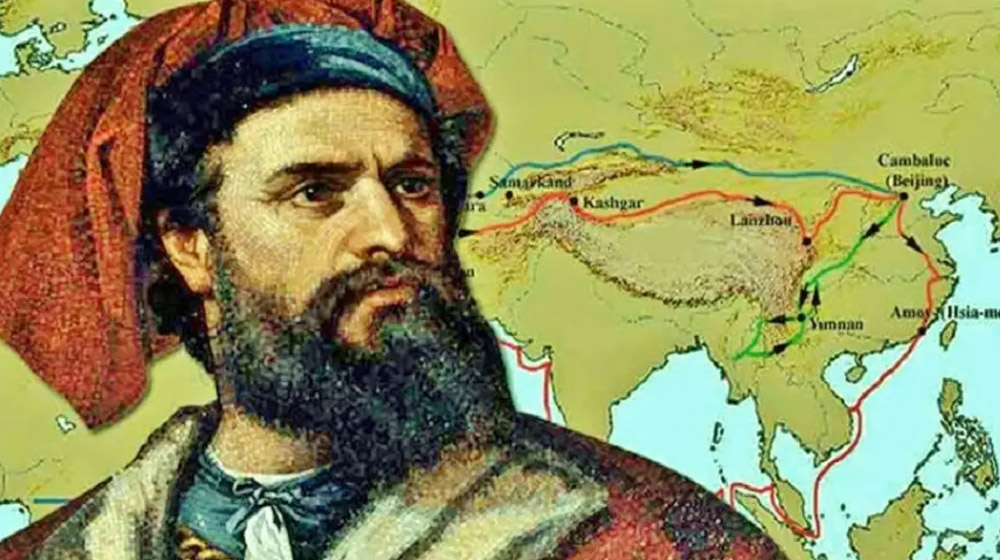 Marco Polo was an Italian trader and adventurer by land and sea. He was 18 years old when he travelled from Europe to Asia by land and he remained in China for a further 17 years before returning to Venice by sea. During his travels he discovered many different commodities used such as paper for money, ivory, porcelain and silk. A significant part of his trek is known today as ‘The Silk Road’- an ancient trade route
connecting Europe and Asia which helped to generate trade and commerce between kingdoms. 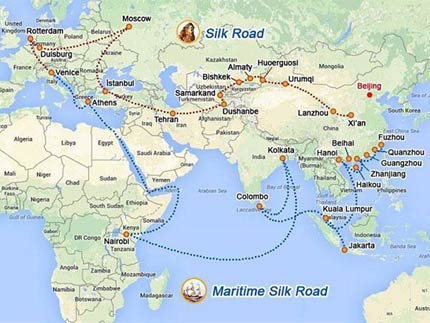 Marco Polo documented all of his travels and discoveries in his book Il Milione (‘The Travels of Marco Polo’). This was very significant as the wealth of the information he recorded opened windows of opportunities for further exploration during the 15th century – the start of the Age of Discovery. It is believed that Christopher Columbus drew great inspiration from Marco Polo and his approach to exploration. In June 2014, UNESCO designated the Chang’an-Tianshan corridor of the Silk Road (approx.. 5000 miles) as a World Heritage Site for its historical and global significance.